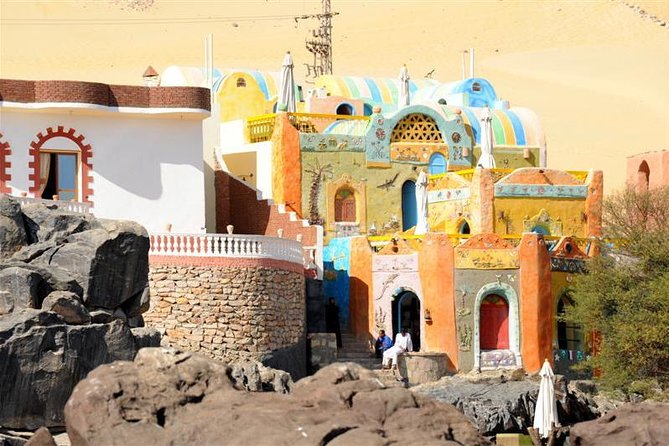 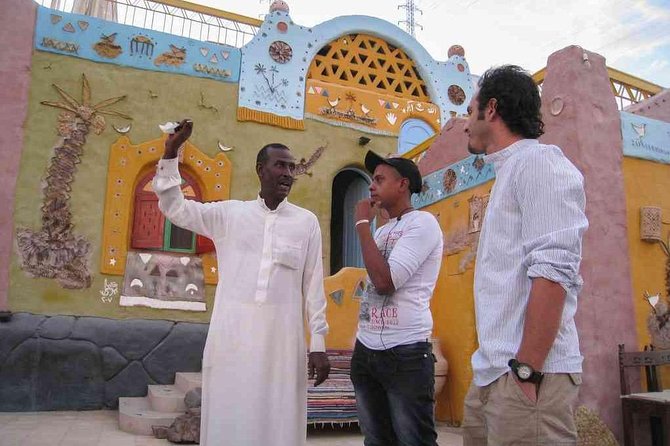 Trip to Nubian Village by Motorboat

The Nubians were an ethnic group coming from southern Egypt and northern Sudan, who during the course of history started a number of settlements along the Nile River. They were famous for their horse riding skills and their impressive marksmanship with bows and arrows. They where generally held in high regard as a strong cavalry force.During the course of history, the Nubians typically blended and merged with the Egyptians during the Pharaonic age. In fact, a number of ancient pharaohs were of Nubian decent, and their legacy has inevitably lived on. These days, there are still several Nubian communities scattered around the country. Many of these small villages have become very popular with tourists nowadays.

from
$106 NZD
8-Hour Private Tour of the Pyramids, Egyptian Museum and Bazaar from Cairo

from
$88 NZD
Nile Cruise From Aswan To Luxor

from
$1,161 NZD
from cairo to Luxor by train to visit west, east banks of luxor and balloon

from
$265 NZD
One hour Horse Riding At Amazing Desert - Hurghada

from
$389 NZD
Luxor Tour from Cairo by Air

from
$3,311 NZD
4 nights exploring Cairo and the white desert

from
$80 NZD
Day Tour at The Pyramids,Memphis,Saqqara